Luke and Rey Are The Beating Heart of Star Wars 8, Says Director

Director Rian Johnson says that Luke Skywalker and Rey are the “beating heart” of The Last Jedi, but won’t go into the title’s meaning.

The title Star Wars: The Last Jedi carries a lot of intrigue, and director Rian Johnson has only fueled the fires of speculation with his comments about what it could mean. In an interview with Good Morning America at D23 Expo, Rian Johnson said, “It’s tough to talk about [the title] without talking about it in the context of the movie. [It doesn’t] necessarily have multiple meanings, but its meaning evolves over the course of the film. It’s tough to talk about without getting into the story, but for me, I guess what it ultimately comes down to is that first question of, ‘What is the deal with Luke Skywalker?’ Luke and Rey are kind of the beating heart of the film, I guess, [as is] their relationship. So The Last Jedi in all the things that it means is tied up in it.” 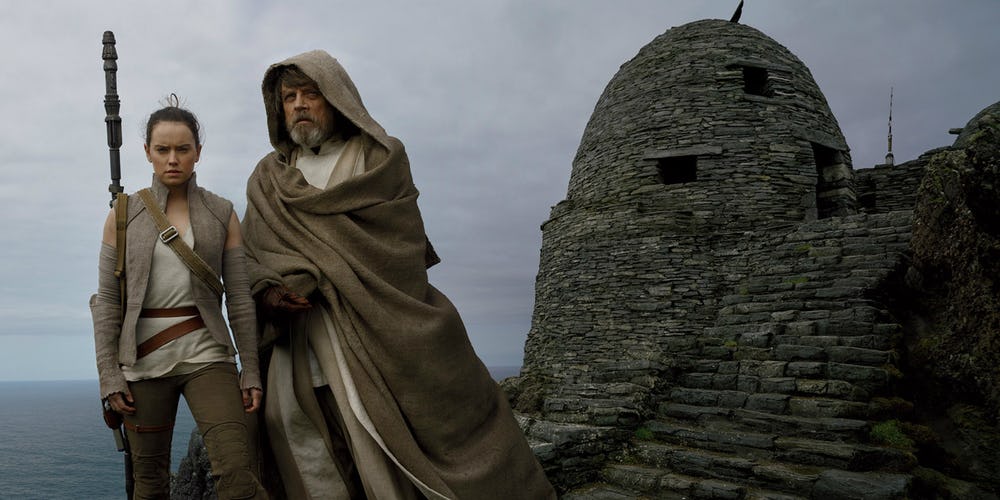 And when asked what the first words between Rey and Luke will be. Without giving anything away, Johnson explained that, while he hopes that’s what everyone is wondering, that question was the starting point to set the ground for Luke and Rey’s relationship.

“Do we have some sense of what Rey wants from Luke? To me, the big enigma was what’s going on with Luke Skywalker. Why is he on that island? He knows his friends are in trouble, he knows the galaxy needs him. Why would this hero that I grew up with have put himself in exile? To me, it was like if we could crack that nut then we have something to start working with and then that will inform what their whole relationship is”.

Star Wars: The Last Jedi is the second film in the new Star Wars sequel trilogy that began with Star Wars: The Force Awakens in 2015. The film will deal with Luke training Rey to become a, and possibly the last, Jedi. Meanwhile, the Resistance, including Poe Dameron and First Order defector Finn, continues to fight against the First Order, led by General Hux, while Supreme Leader Snoke and his Dark Side follower Kylo Ren continue their mysterious plot.